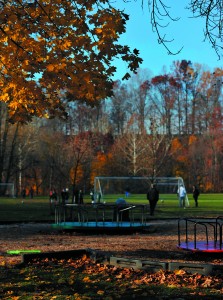 The High Bridge Recreation Committee has supervisory jurisdiction over the parks and recreational areas owned by the Borough. There are numerous activities for children as well as adults.

High Bridge Youth Basketball and Soccer are 501(c)3 non-profit, co-ed recreational leagues for the children of High Bridge and North Hunterdon County. They are made possible through the efforts of a group of dedicated volunteers who teach community spirit, competition and the basics of basketball and soccer.

High Bridge Youth Basketball is open to all boys and girls residing in any town. Late registrations will be put on a waiting list with no guarantee of being on a team. 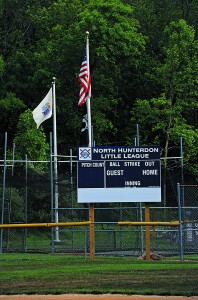 High Bridge Youth Soccer is a co-ed recreational youth soccer league for the children of High Bridge. This league is made possible because of the dedication of volunteers who teach community spirit, competition and the basics of soccer. The soccer season generally runs from the beginning of September to mid-November.

The North Hunterdon Youth Baseball (NHYB) [formerly North Hunterdon Little League] is a competitive league sanctioned and abiding by the rules of Cal Ripkin Baseball, Baltimore, Maryland.  There are five levels of play at NHYB, ranging in a step-wise progression from Rookie ball to the Major leagues with a team roster of 12 players for each team. In order to participate at the AA, AAA, or Major league level, a player must tryout to be eligible for team selection. Tryouts are held in late January at North Hunterdon High School.

The NHYB plays at the Jericho Baseball Complex, which consists of 3 Little League fields on Jericho Road in High Bridge, and at 20 other locations in Hunterdon County. 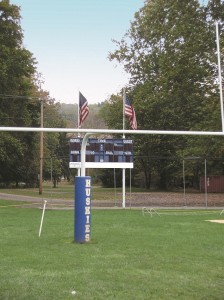 The national champion Hunterdon Huskies are part of the Jersey Shore Conference within American Youth Football and American Youth Cheer, the largest youth football and cheerleading organization in the world. Union Forge Park serves as the Huskies home field.

The Huskies have a history of conference, regional and national championship football and cheer teams dating back to 2001. The Program offers several levels of participation beginning with four year-old clinics and continuing up to competitive cheerleading and tackle football.

The mission of the Huskies is to implant in the youth the ideals of good sportsmanship, honesty, loyalty, courage, and reverence so that each youth may be finer, stronger, happier, and grow to be good, clean, healthy men and women. Bear in mind that the attainment of exceptional athletic skill or winning of games is secondary to the molding of future men and women.

For information on the Hunterdon Huskies football programs, visit their website.

Adult volleyball is held at the High Bridge Middle School.  Monday nights are for ladies only while Wednesday nights are co-ed. Call Ruby Reuter at (908) 638-8904 for information.