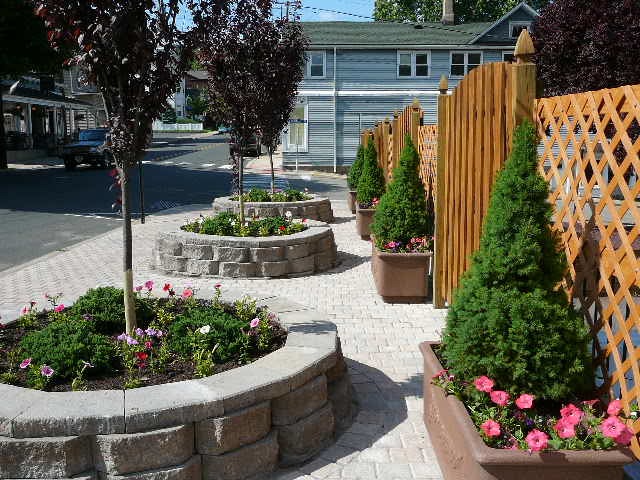 The Main Street Mini-Park in the Borough of High Bridge, 2013 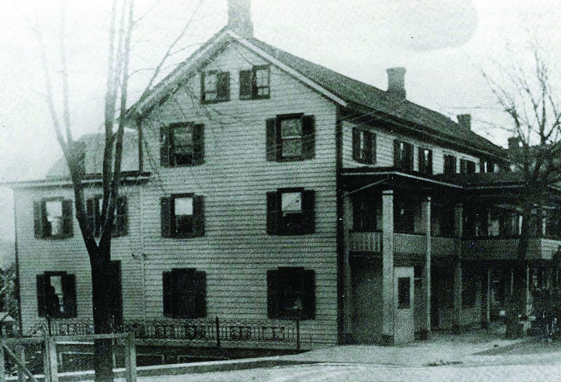 The American Hotel (1740s to 1979)
The present parking lot area behind the Main Street Mini-Park was the basement of the former American Hotel.

History of the Main Street Mini-Park 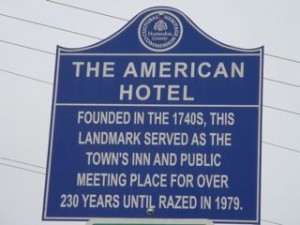 The American Hotel was located at the corner of Main and McDonald Streets in High Bridge from the 1740s to 1979. It was a “home away from home” for travelers and a favorite gathering place for residents after work and especially on weekends. Until its demise, the American Hotel had been one of the oldest commercial buildings in High Bridge. Its wooden frame construction became infested with dry-rot and wood-boring insects and had to be demolished in 1979. Many people gathered on Main Street to watch the demolition and the passing of history.

The Main Street Mini-Park now occupies that parcel of land that was once the site of the American Hotel.

Revitalization of the Main Street Mini-Park

After the demolition in 1979, the area became a parking lot and a fence was added for safety. Weeds eventually took over the perimeter. The “I’m for High Bridge” volunteer organization added plants and a park bench to turn this area into a sitting park. 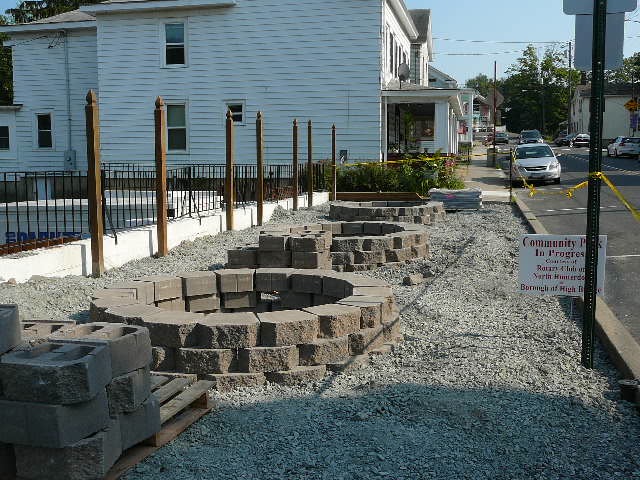 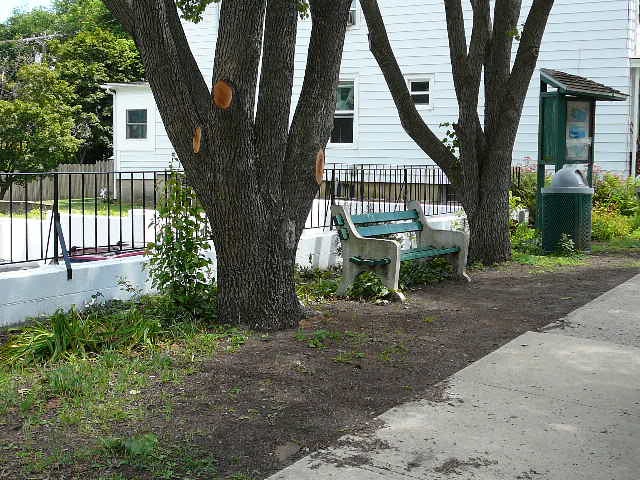 Mini-Park 2007: Prior to Revitalization

The revitalization of the Mini-Park was started by the “I’m for High Bridge” organization in 2007 with painting of the wall and the addition of the railing. The Environmental Commission submitted the revitalization project to the North Hunterdon Rotary Club for consideration, and it was chosen as their 2008 community service project! There was no cost to the Borough for this project other than volunteer labor.

The “I’m for High Bridge” organization, Brownie Troop 894, Mayor and Council, and the High Bridge Environmental Commission volunteered to assist the Rotary Club with the labor on this project. The project was completed in 2009.